The Crumpet’s first full album Bibity-Bobity-Boo was released at their other-side debut.  The cover features a picture of Tinsley hovering in front of a full moon.  Those who had purchased their debut mini-album “Gothy Crumpets” received with it a voucher for the full album so they really received two disks for the price of one.  At any rate, you may be wondering what the letters floating on each side of Tinsley mean.  Well, to begin with, they are Hangeul or Korean letters.  The word in the upper left is sudal which means otter in the Korean language or Hanguk-eo.  The two words at her sides are Hallyu which means the Korean wave.

Since the late 1990’s Korean culture has been growing in popularity around the world especially by way of K-Dramas and, more importantly in this case, K-Pop music.  The Crumpets, like many students at the Glass, have been greatly influenced by the bright, energetic music of the ROK (Republic of Korea or South Korea).  Looking Glass students, especially performing arts students, spend a great deal of time studying Korean culture.  In fact, many students consider having a working knowledge of Hanguk-eo and that making at least one pilgrimage to Korea before they graduate to be a must.  This is why there are so many references to Hallyu in the Crumpets story, Easter Egg's for K-Pop fans.  Fortunately we live in a time where information is readily accessible; so, if you don’t understand a particular reference try doing a web-search, you may just find that you will be as taken with Hallyu as the Crumpets are.  Hallyu hwaiting!

My trip to Korea! 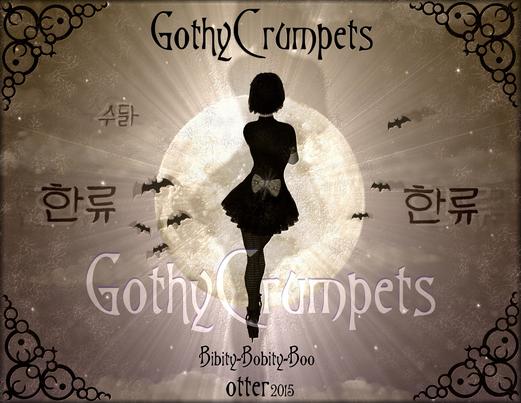