What is HallowUnder you ask?  Well, as you know Halloween, which is the Gothy Crumpets favorite holiday, occurs on October 31st.  Now, if you are in the Northern Hemisphere the end of October is autumn and most of Halloween's imagery and vibe connects to this season.  This of course means that if you are in the Southern Hemisphere it is spring and there is something about pastel colors and blooming flowers that doesn't quite go with the dark spooky mood that a proper Halloween needs to have.  So, worried that folks down under are missing out, the Crumpets decided to promote the concept of HallowUnder which is a second Halloween celebrated six months later on the last Friday of April. HallowUnder is a win/win because, not only do the people in the south get a season appropriate Halloween, we all get two Halloween's per year! 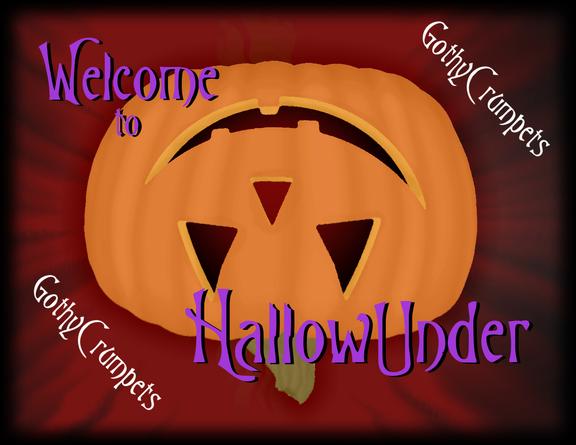 More to come as time allows.​